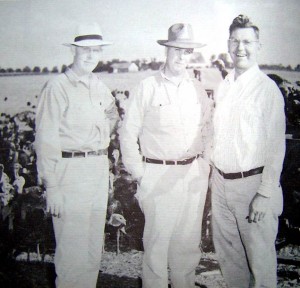 Willmar Poultry Company (WPC) first opened its doors in July 1945 under the name Willmar Poultry and Egg Company.  The founders, Albin Norling, Albert Huisinga and Herman Nelson were turkey farmers who were reliant on processors to pay growers a fair price for their meat.  In what would become the theme for the next 75 years, those founders decided to take matters into their own hands and see if they could do things better themselves. Herman Nelson, Albert Huisinga’s brother-in-law, soon sold out of the business, leaving the Huisinga and Norling families in charge.

In 1951, Albert’s nephew, Ted Huisinga, joined the company and seven years after that, Albin’s son Ray came on board.  Ted and Ray immersed themselves in the business and worked together to grow the company from a small family business to an industry leader. 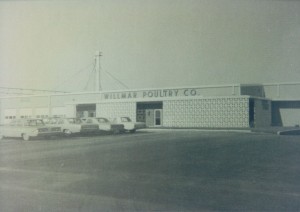 Ted Huisinga and Ray Norling were at the forefront of the Minnesota turkey industry’s growth during the 1960s and 1970s.  Following Albert and Albin’s theme of “we can do it better in-house,” Ted and Ray poured resources into research and development in all areas of the business.  The company leaders began eviscerating turkeys and shipping them on ice to prevent spoilage in lieu of New York-dressed, which was the standard of the time.  They designed and produced plastic poult boxes that could be sanitized and reused, eliminating the need for costly single-use cardboard. The leadership team worked closely with researchers at the University of Minnesota and other industry experts to track, control, and in some cases, help eradicate disease from Minnesota flocks.  After a devastating hatchery fire in 1978, they adopted and perfected automated incubation controls in their new hatchery, which catapulted WPC to the top of the industry in poult production. 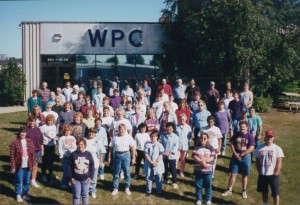 Albert Huisinga spent a lot of time in the 1950s and 1960s convincing local farmers to start growing turkeys, but the growers complained about the high cost of medication, barn supplies, feed and propane.  So, WPC started an equipment supply company (PALS), a feed mill (Farm Service Elevator) and a propane distributorship (PALS Propane).  When turkey disease outbreaks occurred, the R&D division of WPC set to work making vaccines.  Ted and Ray state they did these things because they saw the need to support the local growers and thought they could do it better than others. 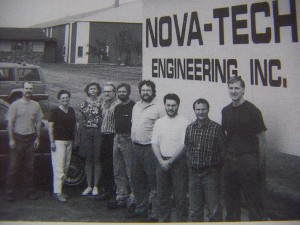 After the hatchery fire and ultimate success of the incubation technology, Huisinga and Norling became known as businessmen who were not afraid to take a risk on new technology.  This reputation led entrepreneurs and researchers to seek them out for funding for their ideas. Nova-Tech Engineering got its start because Ted and Ray funded the materials for Marc Gorans’s research into humane and cost-effective beak and claw treat processes.  Epitopix was born because Ted and Ray funded Dr. Daryll Emery’s research into SRP technology.  The MinnWest Technology Campus in Willmar exists because Ted and Ray, with Nova-Tech Engineering, had a vision of a technologically advanced, collaborative community for companies to start or grow businesses in all aspects of the life sciences. Select Genetics was formed in March 2017 by the merger of Willmar Poultry Company dba Ag Forte and Valley of the Moon Commercial Poults, an Aviagen company. The purpose was to expand the nationwide distribution channel for the high performing genetics found in the Nicholas turkey breeds. Today, the Huisinga and Norling families continue to be involved with 7 affiliated companies, with shared services provided by Life-Science Innovations, and employ over 1,600 people across the country. Their companies do business on six continents.  They own the country’s largest private technology campus and continue to support high level research and development to support and grow their foundational industry – turkeys.  They place a high importance on their company values and let those guide their daily decisions.  From a small processing plant to the country’s largest producer of commercial poults, the Huisinga and Norling families have paved the way for decades to come.

For a complete description of our family of companies, click here.